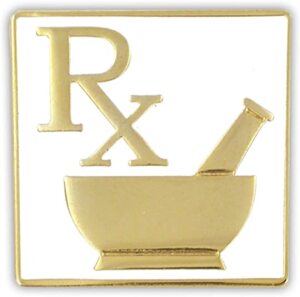 Otto was born May 6, 1932, in Hammond, Indiana to parents Otto Theodore and Armilda Jewel (Nelms) Cuppy. At the time of Otto’s birth his dad worked for The Shell Oil Company in Hammond, Indiana during the Great Depression. His dad was later transferred by Shell Oil to Houston, Texas where Otto attended grade school. The family return to the Arcola - Hindsboro area in Douglas County Illinois just after War World II to help run the Cuppy Farm.

The Cuppy family come from a long line of farmers starting in Virginia before the American Revolution. Cuppy descendants eventually settled in Douglas County, Illinois from Indiana after the Civil War to continue farming; that farm still exists in the Cuppy family today.

Otto graduated from Arcola, Illinois High School in 1950. In high school he was the class vice president, class play cast member, Torch Yearbook staff, Future Farmer of America (FFA) member and officer, and on the Student Council. He also played high school sports including Varsity Football as well as Basketball, Track, and Baseball.

Otto attended Butler University in Indianapolis, Indiana and graduated with a degree in Pharmacy in 1955. He was a member of the Phi Delta Theta Fraternity at Butler where he served as Chapter House Manager and Chapter President. He also was a member of the Kappa Psi Pharmacy Fraternity and graduated from the college Air Force ROTC program. Otto married Margaret (Peg) M. Moore, his high school sweetheart, of Arcola, Illinois on September 4, 1954. A lifelong marriage adventure of 68 years as husband and wife, parents of 4 children, best friends, and small business owners.

Otto served in the United States Air Force’s (USAF) Strategic Air Command (SAC) in the mid-late 1950s becoming a 2nd Lieutenant in 1955 and promoted to Captain in the Air Force Reserves in 1962. He was trained as a bombardier & navigator crewing on the B 47 Stratojet Bomber; America’s first swept wing jet bomber for SAC during the Cold War. He was part of the 68th SAC Bombardment Wing locate in Lake Charles, Louisiana.

He came to Vandalia in 1962 to raise his family after the Air Force and started Cuppy’s Rexall Pharmacy and built an expanding and successful business that included Hallmark Gifts, Old Fashion Soda Fountain, and Homecare Medical Equipment business, retiring after 33 years in January of 1995. He was a member of the Mother of Dolors Catholic Church, Vandalia Country Club, past Vandalia Chamber of Commerce and Park Board President and a lifelong member of the Vandalia Moose Lodge.

Otto loved all things mechanical including flying airplanes. He really enjoyed flying his Piper Cub most because it was a pure & simple “seat of the pants” flying experience. He was a member of The Quiet Birdmen a club for male aviators; founded in 1921 by World War I pilots. Members, called QBs, join for life and are made up primarily of retired airline, military, and freight pilots.

When the Vandalia Lake lake lots opened up for sale in the late 1960s, Otto & Peg jumped at the chance to be one of the first lake-lot buyers.  They proceeded to spend the next 60+ years building out their dream lake home.

We will conclude with a reception at the Vandalia Country Club. Family and friends are welcome to all of the above events, please join us and celebrate Otto Cuppy’s Life!

Miller Funeral Home, Vandalia, Illinois is in charge of arrangements. Online memories and condolences may be shared with the family at www.millerfh.net

Memorials may be made to: ”Casting for the Kids” Cancer Foundation or Donor's Choice.

To send flowers to the family or plant a tree in memory of Otto M. Cuppy, please visit our floral store.