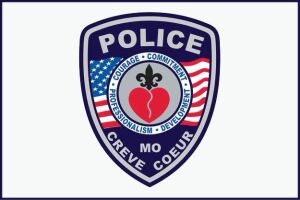 Graveside Services will be held at 11:00 AM, Monday, May 2, 2022, at Glendale Cemetery, Fillmore, IL with Pastor Terry Walters officiating. Miller Funeral Home, Vandalia, IL, is in charge of arrangements. Online memories and condolences may be shared with the family at www.millerfh.net.

She was born February 9, 1943, in Granite City, IL, the daughter of Jesse Van & Georgia (Naylor) Whitten. Married Robert Leigh Thompson on April 14, 1962, Clifford Hoffman Home, Rural Vandalia, IL, he passed away October 5, 2017. She had previously worked as an Apartment Manager, 17 years; Police Dispatcher at Creve Coeur and Bartonville, 7 years each; and various jobs on P&P U Railroad.

She is survived by: Daughter - Deborah K. Thompson, Pekin, IL.

Preceded in death by: Her Parents; Husband; Brothers - Robert and Larry Whitten; and 1 Sister - Theresa Charlton.

To send flowers to the family or plant a tree in memory of Beverly, please visit our floral store.